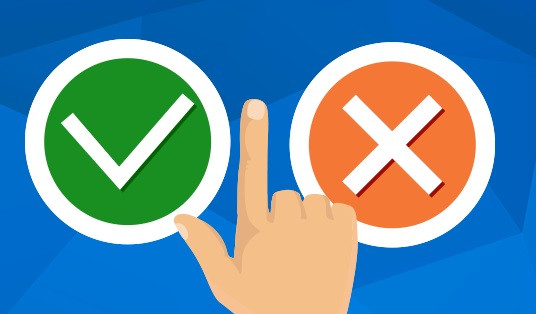 The research, conducted online by Epson Europe and Coleman Parkes, gathered insights from more than 8,000 professionals across 21 European countries. Based on independently verified facts about the performance of business inkjet versus laser technologies, respondents were asked a series of true/false questions to test their knowledge. The results were surprising; demonstrating that many age-old misconceptions still exist around which technology is the better performer, particularly in terms of waste and productivity.   In fact, only 7% of respondents knew that business inkjet performs better on all five tested fronts: waste, productivity, speed, CO2 and energy use.

Looking at the results by region presents interesting comparisons between major markets around Europe. The responses demonstrate that despite the misconceptions around inkjet – the overwhelming majority 81% would chose business inkjet after being presented with the reality of their print choices.

The majority of respondents 62% falsely thought that a laser printer produces less CO2 and 56% mistakenly believed it produces less waste than inkjet. Furthermore, 69% of respondents incorrectly guessed that a laser printer results in higher productivity due to less time spent on maintenance and downtime.  Epson, as a company with a long heritage in printing innovation, wants to improve the understanding of the benefits of business inkjet as a printing technology that not only supports the bottom line, but also reduces environmental impact.

Epson Europe says: “Laser printers have long been the dominant force in office printing, but users are looking for better output at lower cost and higher speeds, while also saving energy. We concluded that the only way to meet these expectations was to drive advances in the inkjet technology we originally developed for industrial printing – an environment in which productivity and quality are critical.

“This development has yielded business inkjet products that deliver speeds of up to 100 pages per minute with a low cost per page, plus reduced waste and energy consumption of up to 99% and 96% respectively when compared to laser printers. In addition, maintenance and intervention requirements are up to 98% fewer compared to laser products1.

“Inkjet is gaining ground in the printing market. According to market analysts IDC, inkjet is expected to grow 10.2% (CAGR) in Western Europe until 20202. But there is still a knowledge gap, so we decided to take the printing technology choice to the market – to demonstrate the realities of inkjet versus laser and the impact of each individual’s choice when selecting a printing technology.”

At a time when workplace standards for corporate social responsibility (including environmental and social considerations) are becoming ever more important across Europe, Epson’s decision to back inkjet is bolstered by the fact that the majority (74%) of Europeans surveyed chose business inkjet after being confronted with the realities of their printing technology choice.

The benefits of business inkjet are especially important for large corporations who will see an increasing need to comply with non-financial reporting standards both in the EU and further afield on an annual basis. Current national policies often remain insufficient to keep below the two degree scenario set out in the Paris Agreement. To deliver on international goals will require the business community particularly to demonstrate that they are meeting the needs of global benchmarks such as the sustainable development goals.

Epson has invested €585 million in new production facilities across Japan and other markets; with €185 million of this dedicated to developing its PrecisionCore technology – an innovation that has revolutionised the business inkjet space.

Epson conducted an online survey across social media, online media and direct mail channels in 21 European countries (Finland, Poland, Hungary, Norway, Romania, Sweden, Serbia, Czech Republic, Slovenia, Netherlands, Greece, Denmark, Croatia, Slovakia, Belgium , the UK, France, Spain, Italy, Portugal and Germany) between September and November 2017, collecting 6326 responses. The aim was to test people’s knowledge regarding the benefits of laser versus inkjet printing technologies, and to demonstrate what people would choose if they were given the facts.

Complimentary research was conducted online by Coleman Parkes Research on behalf of Epson in November 2017. The findings include feedback from 1818 professionals in organisations across Europe.


1 As tested by BLI over two months to Feb 2017, against a selection of competing machines, as commissioned by Epson
2 IDC, Western Europe Business Inkjet Market Shares, 2015