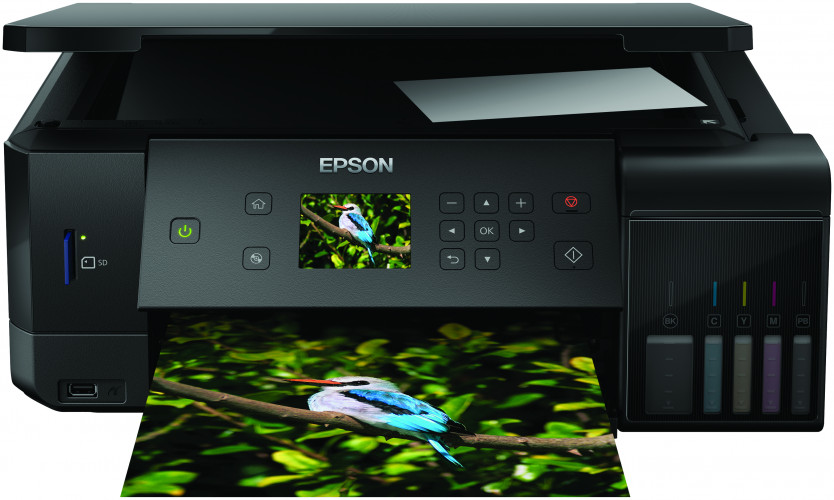 Epson is standing by its philosophy to create technology that improves people’s lives with its latest print and projection solutions at IFA 2017.

Neil Wilson, Consumer Business Manager Epson UK Ltd, says, “We’re dedicated to creating products and innovations that matter to our customers. We’re tackling everyday issues such as lack of time with automated services that allow users to focus on things that matter to them; limited space with compact, well-thought out and stylish designs; and limited budgets with competitively priced products that are packed full of industry-leading features.”

Recognising the needs and lifestyles of different users, Epson has expanded its solutions to the commonplace problem of running out of ink with EcoTank and ReadyInk. Epson will introduce for the first time in Europe its ReadyInk technology, that will power a new pay-as-you-go print service with no monthly subscription fees offered by retailers and resellers.

Visitors to the show will be the first to see the next generation of EcoTank printers featuring two major developments; a dedicated photo range with a five colour ink system (ET-7700, ET-7750), and a reconfigured design with a front ink tank and improved bottles for mess-free use (ET-2700/50, ET-3700/50, ET-4750, ET-7700/50). For customers that are able to invest upfront, EcoTank printers continue to offer customers an ultra-low cost per page as they are bundled with up to three years’ worth of ink1.

Epson’s latest home cinema range also features exciting innovations. Providing a flexible solution for the big screen experience, Epson has launched its first laser ultra-short-throw projector for the home (EH-LS100). Its laser light source is long-lasting and, unlike standard throw models, it’s easy to set up close to the display area. As such, it doesn’t require installation and offers an excellent option in space-restricted homes. This projector also gives users far more flexibility than a TV as the display can go from 70 to 130 inches.

The wider projector range has also been refreshed and curated to deliver a great range of features at the right price for every type of consumer from home cinema and entertainment enthusiasts, to users trying to juggle home and work needs.

Epson’s consumer printer range has also been given an update to suit modern lifestyles. While the Expression Premium (XP-6000/5) and Expression Photo ranges (XP-8500 continue to offer an impressive array of home and photo printing features, they also sport a stylish and new compact aesthetic. Understanding that printers are no longer confined to traditional desk spaces, these style updates help the printer integrate into the wider home thanks to their feature sleek, clean lines.

The following products and technologies will be available from September 2017:

The following products will be available from October 2017:

The following products will be available from November 2017:

1. Based on an average print volume of 140 pages per month and considering the lowest yield produced from the first set of inks.
2. Requires NFC and Wi-Fi Direct enabled device with Android OS 4.0 or higher. Requires download of Epson iPrint app from Google Play.