We live in a world of innovation. This is a world of advanced manufacturing, where 3D printers, augmented reality, artificial intelligence and advanced robotics are likely to be key features of the factory of the future.

As ever, when large scale change is on the horizon, a public mood of trepidation has been reported. For example, in our own research, 57 percent of Europe’s workforce believe that technology will disrupt their industries over the next decade.

However, despite this headline figure, further results suggest a much more positive attitude toward the expected benefits of the fourth industrial revolution than many might expect. So, what does Europe’s workforce predict for the future of manufacturing?

To find out, Epson spoke to 17 thought leaders to establish a detailed impression of likely technological impacts on the manufacturing sector, and tested their predictions with over 7,000 European business leaders and employees.

The rise of 3D printing means a growing ability to manufacture products locally, responding to demands for increased customisation. Surveyed experts, along with 74 percent of senior managers in Europe, think that rapid global change in manufacturing will deliver a boost to local economies and jobs.

They predict that smarter, connected local factories will not only help to reduce the energy intensity of our product lifecycle, they will also produce quick-to-market, ultra-customised products. What’s more, 65 percent of the workforce believes the quality of goods will improve as a result.

Like previous manufacturing revolutions, it’s the 52 million1 European workers employed through the industry who face the most uncertainty. There’s no doubt the way the workforce operates will undergo significant disruption, yet most people predict their continued importance in manufacturing. For example, 60 percent of the workforce think that robots will not be able to replace the human ability for flexibility, creativity and reaction, suggesting people still have an important role to play.

According to Professor Alain Bernard, workers will increasingly be training robots to learn, and cobots (robots designed to collaborate with people), will emerge to assist with more challenging tasks. Seventy percent of respondents agreed that robots will take on more complex tasks that would take humans longer to master.

Robotics are not the only game-changing technology. Augmented Reality (AR) will also play an important role, according to experts Professor Bernard and Professor Darwin Caldwell.  AR will provide real-time data insight, informing and instructing workers in complex manufacturing processes.

Although experts predict this technology will ensure employees work smarter and more efficiently, workers remain uncertain. Only 56 percent find AR appealing for their industry. Product development is a particular area of promise, with 43 percent of respondents believing AR’s biggest impact will be here.

Manufacturing is undergoing a revolution. In the face of such radical change, it’s understandable some are still cautious. In embracing the future, perhaps it’s best to learn from the past. Those industrial revolutions that preceded us brought about monumental change. The reality of what they delivered was a beneficial revolution in manufacturing, huge global growth, and rising living standards. There’s certainly room to be positive about that. 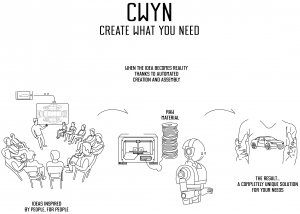 The full report has all the insights, you can download it here: 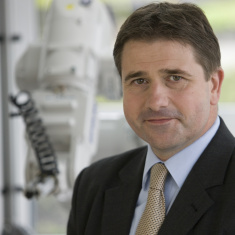 Volker is head of robotics solutions for Epson Europe and has been developing and marketing automation solutions for Epson since 2004. Volker is a graduate engineer and has been with Epson since 1995, working as international sales manager before accepting his current position. As head of robotics, he has expanded the distribution of Epson robotic solutions throughout Europe via exclusive distribution and integration deals.