We can select the printer’s method of IP address resolution in WebConfig or TM-Utility. Our choices are either DHCP or manual/static.

In many cases we need to use DHCP to easily find the printer for the first time, we can then set a static IP address. There are practical reasons for using static IP address for reasons outside the scope of this article.

But in this article, consider that we may not want to configure static IP addresses for each printer individually, but instead perform all the changes from the central network. This gives the IT administration greater central control of the IP addresses. In this case we will retain the default DHCP setting on the printer.

Most modern routers provide a DHCP IP address reservation utility which allows us to reserve and assign IP addresses for each printer name in the network. This will centralise the configuration of IP addresses in the network router rather than configure in the printer.

The printer provides the network some basic information including name, MAC address, IP address (if static is configured) and even the printer’s OS. Epson TM printer/UIB names are not configurable and are often based on the last six digits of the MAC address. You will see this information on the router’s device list.

Examples of printers name on a Linksys router:

In some cases UIB: R03, R04 and printers TM-T20II and TM-P20 for instance the name is not provided and we can only identify the printer by its MAC address.

The MAC address of the printer or the printer’s UIB board can be easily identified by printing the status sheet. (Holding down power on + feed).

We often want to reference printer with a domain name in the POS program instead of the IP address. To achieve this we will need to assign the IP address to a host name. We can use the Hosts file located in the following environments:

If we were to replace a kitchen printer with a new printer there are two options:

Of these options, (2) may be the most convenient as it limits configuration to the network router and leaves the POS system untouched. 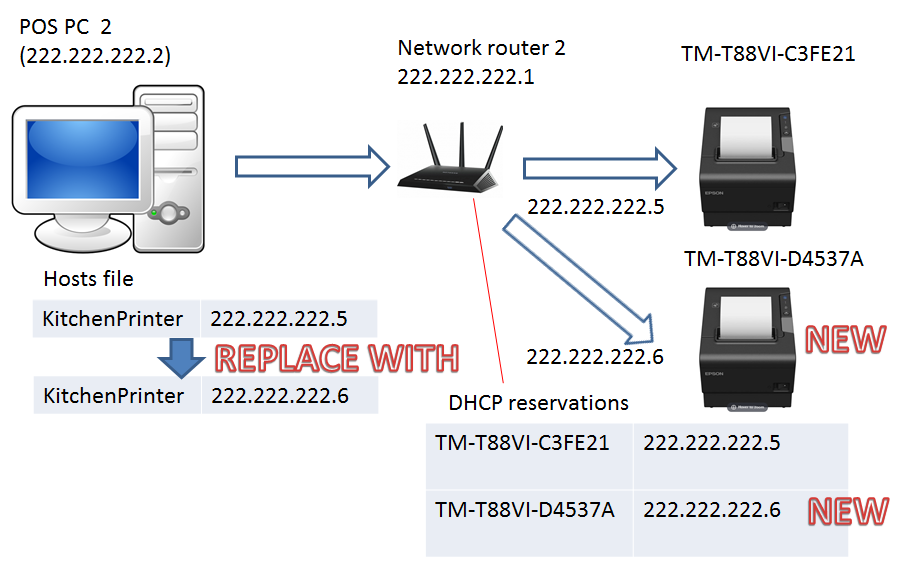 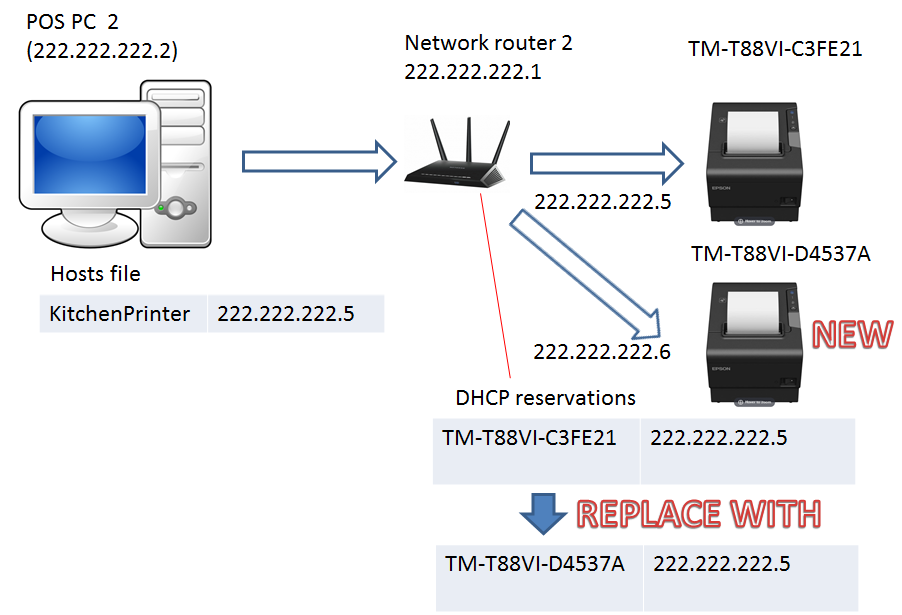